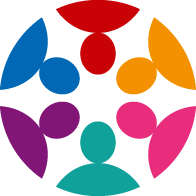 Designed as a platform for archiving and consultation, as well as a tool of analysis for a research project on organological development, Pan-e-pedia seeks to portray the stunning diversity of a recent instrument family: steelpans.

Constructed from one to twelve petrol cans for one musician and played in orchestras called “steelbands”, steelpans comprise a new family of melodic idiophones, invented in the 1930s and 40s in Trinidad and Tobago. Since then, steelpans have spread to numerous countries on all the continents.

Pan-e-pedia documents, with a geolocation and multimedia analysis tools showing the musical intervals, steelpan styles from different sources. This was initially built off of data collected in Trinidad and Tobago by ethnomusicologist Aurélie Helmlinger, and off of bibliographic sources. The site will be expanded and nourished by the knowledge of researchers from around the world.

Hosted by Huma-Num, an infrastructure of CNRS dedicated to the digital humanities, the project was developed thanks to a research subvention of the Fyssen Foundation, and thanks to help from the  Société Française d’Ethnomusicologie.